3 Ways to Accelerate Progress in the Fight Against HIV/AIDS

There has been incredible progress in the fight against HIV/AIDS &ndash; new treatments have been discovered, more research is being funded and more ant...

There has been incredible progress in the fight against HIV/AIDS – new treatments have been discovered, more research is being funded and more antiretroviral drugs have reached those that need it most.

But for more than three decades, the deadly disease has continued to outpace efforts, with more people becoming newly infected with HIV each year than those able to be treated.

According to a recent AIDS report by ONE, more people were added to treatment in 2013 than the number of people who became newly infected with HIV in the same year.

The report titled “At the Tipping Point: Tracking Global Resources on AIDS, Volume 3,” examined three major challenges that still lie ahead in defeating the disease: insufficient resources, increased risk for marginalized groups, and the fragility of progress as a whole.

Only 15 sub-Saharan African countries have reached the tipping point, according to the report, as opposed to all, and while this is a major feat in itself, many of the countries’ health systems remain incredibly weak.

In order to solidify the gains made in recent years and ensure more progress towards the defeat of AIDS, here are three key steps that must be taken, as outlined by the report.

2. Deploy bold new funding from a more diversified base.

More countries – including African governments – need to increase their contributions to HIV/AIDS and health.

3. Build resilient health systems that can tackle AIDS alongside other health challenges.

Countries need to be prepared when crises arise, such as Ebola, to reduce outbreaks.

The full report can be read here. 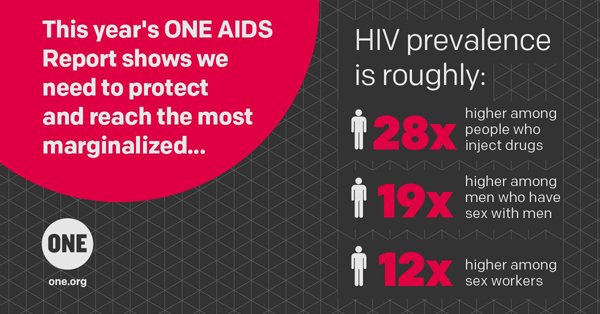