Here are 12 diseases from around the world that seem to either keep coming back or just haven&#39;t left at all. 1. The Black Plague Back in July of...

Here are 12 diseases from around the world that seem to either keep coming back or just haven't left at all.

Back in July of last year, a town of about 30,000 people in China was sealed off and 151 residents were quarantined after a man died of bubonic (or “black”) plague. The man found a dead marmot, which he cut up to feed to his dog. Later that day he developed a fever.

The first new form of the botulinum toxin in more than 40 years was recently discovered by scientists. The toxin causes botulism, and is one of the most deadly poisons known. But they're keeping mum about it because there's no available treatment. Scientists fear the toxin could be used to create a powerful new biological weapon. 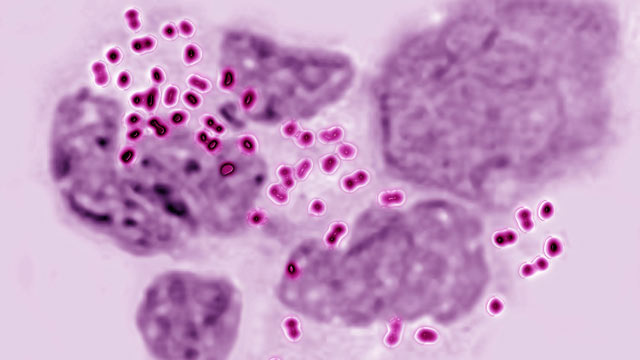 This disease seems to keep coming back and the CDC warns that there is now only one drug, ceftriaxone, which is effective as a first treatment for the sexually transmitted gonorrhea.

Inhaling coal dust can lead to the deadly disease pneumoconiosis, known as black lung disease. It was once hoped that safety devices and filters would save miner's lungs, but an investigation by the National Public Radio and the Center for Public Integrity found that not only are the number of cases on the rise, but younger miners are being struck down by a faster progression of the disease.

Inhaling coal can kill you, but burning it threatens your life in a more indirect way. As greenhouse gases warm the planet, research warns that the mosquitos may be able to spread malaria further and more easily. In the past, malaria affected North America as far north as Canada. Eradication programs largely wiped the disease out in the United States, but a warmer, wetter climate means more mosquitos, making it harder to control them. Malaria kills more than 1 million people a year, reports the Institute for Health Metrics and Evaluation (IHME) at the University of Washington.

In the wake of the earthquake that devastated Port-au-Prince, a cholera outbreak raged across Haiti. About 8,400 Haitians have died of cholera since 2010, reports NPR, and 1,000 are still dying each year.

"Part of the reason we think the outbreak grew so quickly was the Haitian population had no immunity to cholera," Tufts University environmental engineer Daniele Lantagne told NPR. "Something like when the Europeans brought smallpox to the Americas."

Tuberculosis killed some of history's greats including Franz Kafka, George Orwell, Eleanor Roosevelt and Henry David Thoreau. The disease seemed to be on its way out after vaccines and a sequence of antibiotics were found to combat the disease. Unfortunately, drug-resistant strains developed in the 1980s and then spread. Tuberculosis is now globally the second largest killer after HIV/AIDS, when considering single infectious agents, according to the World Health Organization. In 2010, 1.4 million people died from tuberculosis.

Tuberculosis should serve as a warning in the fight against polio. When a disease is down, don't let it get back up. Four organizations -- Rotary International, the World Health Organization, the U.S. Centers for Disease Control and UNICEF -- are leading the charge to wipe polio off the planet.

Gonorrhea isn't the only venereal disease in town. Syphilis has been making a comeback, particularly in Germany and Australia. The historical bane of those who frequented the red-light district, syphilis stung famous libertines like Charles Baudelaire, Scott Joplin and Édouard Manet.

Meningococcal meningitis is rare, but can kill a child in a single day. Vaccination rates for the disease are low, but the Voices of Meningitis movement is pushing to increase vaccination rates for children in the United States. The disease spreads through simple contact and can be difficult to diagnose until is it too late.

About 48,277 cases of pertussis, or whooping cough, were reported to the CDC in 2012. It's the most since 1955, when 62,786 cases were reported. Whooping cough can be life threatening, especially to infants, and causes a cough that lasts 10 weeks or more.

The Ebola outbreak in West Africa continues to spread like wildfire, and it shows no signs of slowing down.

According to a panel of more than 60 World Health Organization experts, “the current epidemiologic outlook is bleak.”