A new global coalition of more than 500 leading health and development organizations worldwide is urging governments to accelerate reform that ensure ev...

A new global coalition of more than 500 leading health and development organizations worldwide is urging governments to accelerate reform that ensure everyone, everywhere, can access quality health services without being forced into poverty.

The first ever Universal Health Coverage Day marks the two-year anniversary of a United Nations resolution, unanimously passed on Dec. 12, 2012, endorsing universal health coverage as a pillar of sustainable development and global security.

Despite progress in combating global killers such as HIV/AIDS and vaccine-preventable diseases such as measles and tetanus, the global gap between those who can access needed health services without fear of financial hardship and those who cannot is widening.

According to the World Health Organization (WHO), each year 100 million people fall into poverty because they or a family member becomes ill and have to pay for care out of their own pocket. Around one billion people worldwide can’t even access the health care they need, according to WHO, which is paving the way for disease outbreaks such as Ebola to become catastrophic epidemics.

“Ebola is only the most recent example of why universal health coverage is the most powerful concept in public health,” said Dr. Marie-Paule Kieny, Assistant Director-General for Health Systems and Innovation at WHO. “Investing in strong, equitable health systems is the only way to truly protect and improve lives, particularly in the face of emerging threats like the global rise of non-communicable diseases and increasingly severe natural disasters.” Why Strong Health Systems are the Real Disease Fighters

When it comes to prominent global health initiatives, many of their successes can be attributed to an overlying factor: a functioning health system with the right resources, staffing, infrastructure and supplies.

“The problem is, then, that today far too many countries still have health systems that are, at best, dangerously weak or cobbled together inefficiently,” states the international advocacy organization ONE. “We need to keep pushing for improved infrastructure, for increased skilled health workers, and for more supplies to create robust health systems that keep people safe and, indeed, healthy.”

In order to achieve this:

The dangers of fragile health systems can be seen during this year’s Ebola outbreak. The health systems in Guinea, Sierra Leone and Liberia were too weak to control the disease, as clinics ran out of supplies and the few skilled health workers in those countries became overwhelmed by the increasing number of cases.

The challenges posed by workforce, infrastructure and supply shortages leave countries not only unable to properly respond to an outbreak, but also unable to meet the basic day-to-day needs of citizens.

In the poorest parts of Asia and sub-Saharan Africa, where health systems are the weakest, USAID estimates up to half the population does not have regular access to basic care and treatment.

“Funding the fight against the world’s deadliest diseases is vital, but it is equally important to ensure citizens can access the care and treatment for those diseases in reliable, sustainable ways,” states ONE. 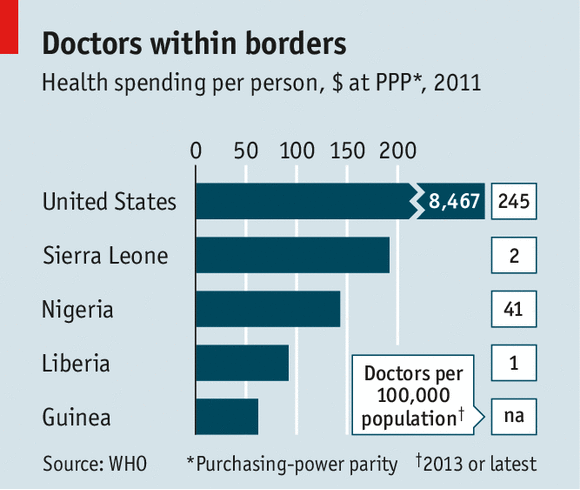 Health for All, Everywhere

In the past two decades, a number of lower- and middle-class income countries have successfully embraced reforms to make quality health care universally available. Countries as diverse as Brazil, Ghana, Mexico, Rwanda, Turkey and Thailand have made tremendous progress toward universal health coverage in recent years, according to WHO.

Today, the two most populous countries, India and China, are pursuing universal health coverage and more than 80 countries have asked WHO for implementation assistance.

“Putting people’s health needs ahead of their ability to pay stems poverty and stimulates growth,” said Dr. Tim Evans, Senior Director for the Health, Nutrition and Population Global Practice at the World Bank Group. “Universal health coverage is an essential ingredient to end extreme poverty and boost shared prosperity within a generation.”

“The need for equitable access to quality health care has never been greater, and there is unprecedented demand for universal health coverage around the world,” said Michael Myers, Managing Director of The Rockefeller Foundation, which is spearheading Universal Health Coverage Day. “Universal health coverage is an idea whose time has come – because health for all saves lives, strengthens nations and is achievable and affordable for every country.”