One of the greatest of human pleasures is the ability to see. It is also one of the most vulnerable. Its no wonder that we have developed eyelids that m...

One of the greatest of human pleasures is the ability to see. It is also one of the most vulnerable. It’s no wonder that we have developed eyelids that move at the speed of a reflex. Early on Mother Nature realized eyes are not only important, but very vulnerable as well. Add to their vulnerability the process of aging and you have a set of precious, but precarious tools. Today we have imperfect remedies like glasses, contact lenses, Lasik and cataract surgery. Tomorrow, for the first time, we may have the perfect remedy for shoddy vision in the digital eye.

Related Story: Bionic eye transplant proves to be a success: what does that mean for surgical technology?

As reported in Dezeen Magazine, the Italian research studio MHOX recently unveiled a concept to allow people to switch their eyes for digital ones. The technology that makes this possible is 3D printing. MHOX has branded their idea EYE (Enhance Your Eyes.) EYEs will be able to correct blindness, sharpen and filter sight, and connect to Wi-Fi. 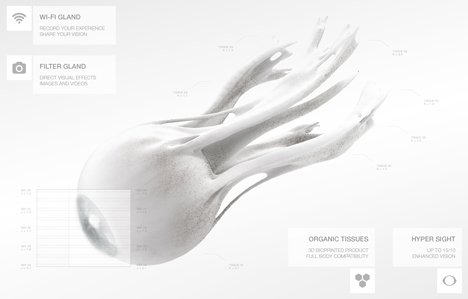 MHOX has been working on the concept for a year but decided to announce their progress after musician Will.i.am’s much publicized statement calling for a more ethical stance towards 3D printing.

Quoted in Dezeen Magazine, the artist said, “"If you can print a liver or a kidney, god dang it, you're going to be able to print a whole freaking person. Now we're getting into a whole new territory. Moses comes down with the 10 commandments and says 'Thou shalt not...'. He didn't say shit about 3D printing." 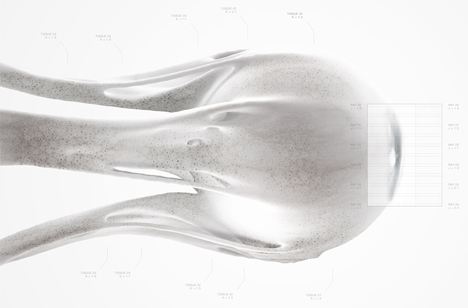 Specifically, MHOX’s vision entails removing the original eye first. Then installing an organic component called a deck. The deck would function as the connection point between the brain and the EYE.